* In case of any delay in receiving the OTP, you may verify it later. Please proceed without verification.

Enter your City name or Pincode

Known to be one of the oldest surviving cities of India, Rohon in Punjab is part of Shaheed Bhagat Singh Nagar district and is a municipal council. The city is noted for various historical monuments and is part of historical tales. The fast developing city has seen various stages of Indian history and is one of the booming industrial city of Punjab. 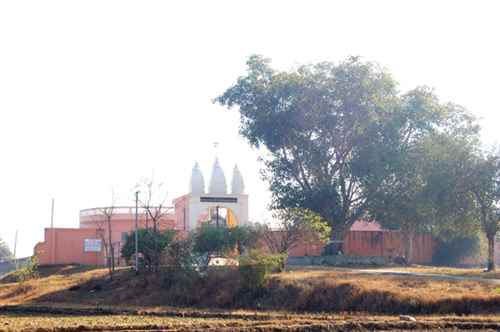 Rahon is one of the oldest cities of the world, which has been continuously inhabited. It also comes under the 50 most populous cities of the country for many centuries. However, the city had to suffer attacks from foreign invaders after the period between 52 B.C and 1750 A.D. It leads to the gradual decline of this ancient city. The city also had to face the outbreaks of malaria terribly. Civilian casualties due to the attacks of invaders tragedy Sardulgarh suffered. Moreover, large number of Muslims were migrated to Pakistan during partition. All these factors resulted in the decline of population in Rahon. When the silk route began to bypass Rahon in favor of Kabul, the merchant activity also reduced significantly.

The mandi bazar, situated at the Delhi gate of the city, was the oldest market in Asia. It was well known for various quality products such as apparel, spices, footwear and weapons etc. A Government high school was also started in 1857, which was the oldest high school in Punjab state.According to historical documents, Raja Raghhab founded Rahon during the first century and he named it Raghpur. The city had been known by this name until the twentieth century. But, later Raghpur was possessed by Gujars and Mahton Rajputs drove out them. Mahton Rajputs had to surrender to Ghorewaha Rajputs. Later, he was defeated by Mumahhad Ghori.

It was Raja Rajpal, who renamed the place ‘Rahon’ as a tribute to a lady named ‘Raho’. Locared on the route to Tibet, Rahon was a prosperous trade center during the period of Ibrahim Lodhi (1517 – 1526 A D). The city had many highly talented shoemakers at that time. A museum at Lahore in Pakistan still displays a pair of shoes prepared by one Mian Khaki Shah of Rahon.

Rahon town was occupied by the Ghorewaha Raja of Macchiwara, Rana Udho, during the beginning period of Mughal reign. Assisting Akbar Emperor, he defeated and captured the rebellion leader Bairam Khan during his fight for the Delhi throne. As a reward, Akbar allowed Rana to retain the jagir of Rahon. Rahon was the capital of Dardhak Mahal during Akbar’s time. However, Rana of jadla seized the territories of Raja of Rahon, when he was converted to Islam.

In 1710 AD, Rahon was conquered b Banda Bahadur from the local Mughal Governor, Shams Khan. However, the city returned to the hands of Mughals later. In 1759 AD, Dhallewali confederacy Sikhs, led by Tara Singh Gheba seized Rahon. The city was controlled by them until Rara Singh died. However, the local politics of Rahon was handled by Pandits and Pandit Sardars controlled the city’s administration for centuries. After the collapse of Sikh Empire, the reign of Rahon was under the control of the descendants of Rana of Rahon.  Chaudhry Abdul Rehman Khan, the Rana of Rahon was a member of the legislative assembly of Punjab from the Unionist Party, before India got independence.

Until independence in 1947, most of the estates in Rahon were controlled by the Rana of Rahon and the Rajrana of Jadla. After partition, Pandit Buta Ram Quasir Jagirdar continued as a Municipal Councilor and local leader of Rahon for next two and half decades

Rahon is situated at 31.05°N 76.12°E with an average elevation of 250 metres. It is located on the Jullundur city Jaijon Doaba line of the Northern railway. Rahon is 7 km away from Nawanshahr, the tehsil headquarters and 65 km away from Jalandhar, the district headquarters. The total area of Rahon is 6900 acres. Rahon is surrounded by Samrala tehsil, Almoh tehsil, Bassi Pathana tehsil and Khamano tehsil. The nearby cities to Rahon are Morinda,Kurali, Khana and Gobindgarh. The nearby villages to this place include Kauri, Harion Kalan, New Bank colony, Kalal Majra and Guru Harikrisnan Nagar. Rahon city is located in the border of Fatehgarh Sahib district and Ludhiana district.

Rahon is a municiple town declared in 1867. In 1886, it was raised to class II status. It was again lowered at changed Class III municipality due to the continued decrease in the population. The municipal council is divided into 13 wards. There are over 3260 houses under the jurisdiction of the council. Rahon municipal council provides the civic amenities like water supply, street lighting, sewerage and maintenance of roads within the municipal limits. There are three tubewells in Rahon that supply water to the town. Rahon municipal council has installed 462 street light points and maintains 5 km roads within its limits.

Rahon is a developing industrial town. There are several textile, rice mills and other industries in Rahon city. Rhythm Textiles, which is a part of the saluja group, is the most famous industry in the city. It produces thread for many clothing brands such as Koutons, Spykar and Octave. The rice mills in and around Rahon city produce large amount of rice.

Rahon, a very old and ancient town in Punjab state, has several place of historical interest. There are lkot many spots of toutist interest in this p[art of Punjab.

Panch Tirthian Tank: Panch Tirthian tank, excavated by Rana Udho, is an important tourist attraction in Rahon. Rana Udho built it as a place of pilgrimage for his five sons, as they could not proceed on pilgrimage due to their father’s illness.

Ramsar Tank: Ransam Tank is another famous tank in Rahon, which adjoins the samadhs of Tara Singh Gheba and his widow. It was constructed by Jhanda Singh, the son of Tara Singh.

Suraj Kund: Suraj Kund is another holy place in Rahon and it was built by one Bawa Aughar during the period of Pathan rule.

There is a tomb in Rahon, which was built during the reign of the Tughluq dynasty. The ash of a saint is said to be contained in the tomb. You can also see an old Serai (sraaye), built in the rule of Shah Jahan (1627-1658 AD).

Rahon is an important industrial city as well as a tourist spot in Punjab and therefore banks show interest to open their branches in and around the city. Many nationalized banks in the country have branches in Rahon. Some of the famous banks functioning in the city are listed here.


Rahon at a glance

Comments / Discussion Board - About Rahon